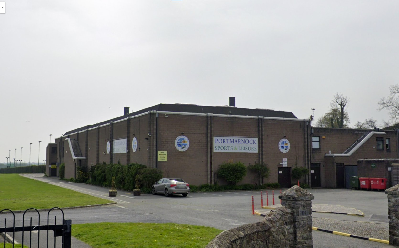 The first Fingal event of 2023 is a Night Orienteering event in Portmarnock on Saturday evening, 11th February. The assembly, start, and finish will be in the car park of the Portmarnock Sports and Leisure center. The courses will include the Portmarnock streets, Paddy's Hill park, and the open area south of the leisure center. There will be 2 courses on offer, a long, about 6K and a short about 3.5K. Navigating at night is for the intrepid or experienced only. Any juniors under 16 must be accompanied - it's much more challenging than during the day. The bigger your headtorch the better. Runners can start at 6PM or soon after when it gets dark.

The first Fingal Leinster League event is in Fauna / Donard wood on March 12th. Sean Kearns is planning the courses and Val Jones is controller. Fauna is in west Wicklow south of Donard village, near the Glen of Imaal. It is a typical Wicklow forest and is similar to some of the forests where the Irish Championships will take place.

The Fingal Autumn Leinster League event will be in Cootehill / Dartry where we had the autumn event last year. Eileen Young has volunteered to plan it. It is scheduled for November 12th.

A Merry Christmas and a Happy orienteering New Year to all Fingal Orienteers and friends. 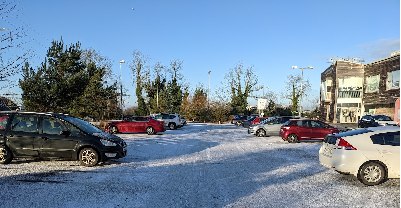 Thanks to all who came to our pre Christmas event in Tyrrelstown. Thanks to the Tyrrelstown Community center for allowing us to use the center for registration and for our AGM. The courses through the streets and park were very well planned by Tommy. Route choices were a little different to the normal, where the choice was where it was possible to run on grass given that the roads and pavements were icy and slippy where the sun didn't shine.

We had a productive AGM and then a very enjoyable Christmas dinner in the nearby Carlton Hotel. Some more photos are here.