Our next event is in Newbridge House Demesne, Donabate, Co. Dublin on, Sunday September 25th Fiach O'Rourke is planning, Tommy Burke is organising, and Ciaran Young will probably control it. This event is an introductory event suitable for everyone, all ages and levels of fitness. If you want to try orienteering then please come along between 11.00 AM and 1.00 PM. To get to Newbridge House exit the M1 at the Donabate/Skerries interchange north of Swords, and take the right turn for Donabate. The entrance to the Park is about a mile along that road on the left.

A club meeting was held last week. We will probably be running an Autumn League event as well as our planned Spring Cup event in Virginia, since GEN and 3ROC will be busy with the Irish Championships. The Autumn League event will be in Dun A Rí, Kingscourt, Co. Cavan, on Sunday 13th November.

Congratulations to Eileen and Ciaran Young on the birth of their second daughter, Sinéad.

While there are no formal orienteering events on this month, the Mountain runners 50K series is being run at the moment. This is 3 events that total 50K (approximately), which involve mountain navigation using whatever maps are available. Val Jones, Doug Corrie, and Eddie Casey did the first event at Hollywood Glen. The next events are on August 21st starting at the 'Oasis' on the road from Sally Gap to Laragh, and Sept. 4th starting at Ballinagee Bridge on the Wicklow Gap road. Details are on the IMRA web site

Our next event will be at Newbridge House Demesne, Donabate, Co. Dublin, on Sunday September 25th. This event will be suitable for everyone, including beginners. The map will also be updated for this event.
The events for the coming season are still being finalized. Our events are likely to be as follows 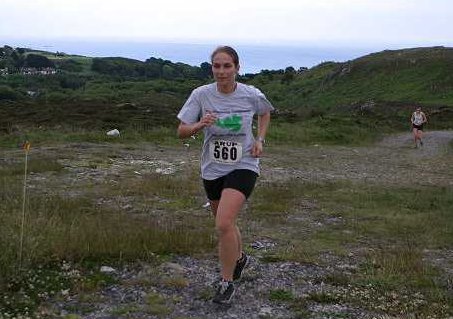 Lolita Kauke, seen here at the hill run at Howth, won the open female class, with Coleen Robinson of Setanta, at the annual Setanta Rogaine in the Wicklow Mountains. Details and pictures are on the Setanta web site.
Also taking part was Doug Corrie. Doug is travelling to Pilsen in the Czeck Republic, where they invented lager, to take part in an international Mountain bike Orienteering event. 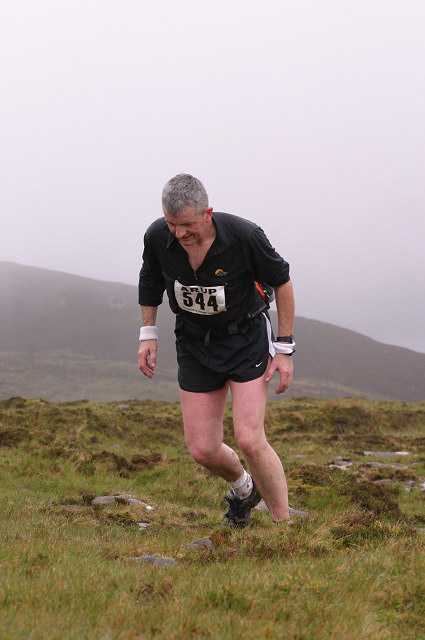 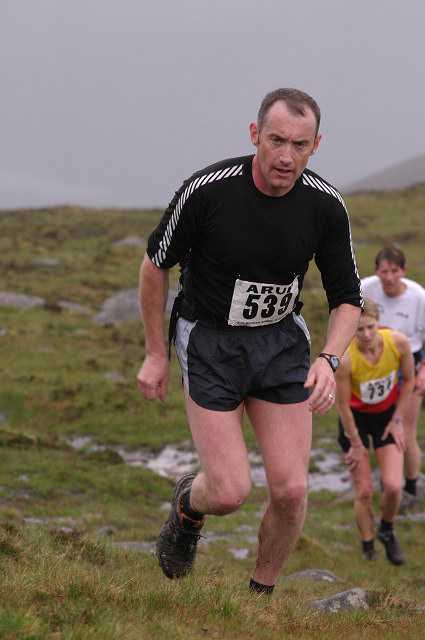 Tommy and John go to the Belgium 3-Day again - Click for Report and pictures of how they got on.

At the Irish Championships on InishBoffin club members achieved the following results. Classic Distance - Erika Jones, 1st W16A, Deirdre O'Neill, 2nd W35L, David Smyth 2nd M40S, Lolita Kauke 3rd W21L, Kathryn Walley 3rd W45L, Jean O'Neill 3rd W55L
Middle Distance - Jean O'Neill 1st W55, Lolita Kauke 2nd W21L, Deirdre O'Neill, 2nd W35, Kathryn Walley 2nd W45.
At the Relays the girls team of Jean, Deirdre, and Lolita came 4th in W Open. Also taking part in the championships were Val Jones, Fiach O'Rourke, and Padraig Kearns. Inishboffin was certainly a memorable location for the event. The terrain was all open with lots of rock and marshes, low hills and very few linear features. It was generally very runnable as the result times show - the only things to slow down runners were sinking into some of the marshes and the temptation to stop and admire the views. Although there were some showers the weather held up reasonably well during the main competition times. Congratulations to Pat, Frank, and all the others involved for organising the event on great terrain and overcoming the logistics to stage it in a unique setting. I wonder when we might get a chance to return to orienteer there again.

Full reports on the Leinster Championships